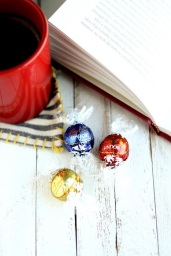 My sons have recently asked when they can read my novels. For years I’d say ‘when you’re older’ and re-check that copies were out of reach – but the boys are now eighteen and twenty-three. We’ve moved, and the novels are on the bookshelf these days. OK, they might not think of looking there, but they could have downloaded one for less than a bus ticket. Why do they need my permission? They seldom want it for anything else.

I don’t expect them to read my women’s fiction; I’ve got girlfriends who haven’t, it’s alright. I’m just intrigued by their hesitation. Possible reasons for it:

I can’t rule out the last one.  How do you combine the selflessness of motherhood with the selfish drive to get down that story in your head? The need to be positive for them, with the need to be in touch with your insecurities for the sake of your writing? It hasn’t been easy. Nor for many fathers either, I imagine.

It’s Mother’s Day, and I never feel I really deserve it. But the boys seem to have turned out OK – and usually bring authorial-quality chocolate.

2 thoughts on “WHEN CAN I READ YOUR NOVELS, MUM?”