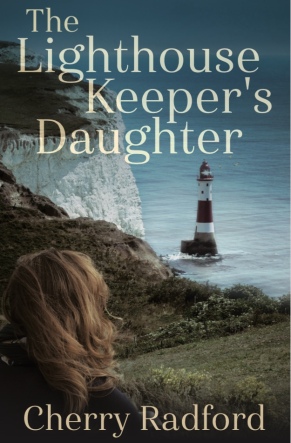 After the break-up of her marriage, Imogen escapes to the coast to be alone – and to find out more about her lighthouse keeper father who mysteriously drowned there in 1982.

She starts to see similarities in their lives, especially in the way they both intensely correspond with someone; he had a young female penfriend, she has an actor-musician Twitter friend in Madrid.

Two stories of communication: the hilarious mistakes, the painful misunderstandings, and the miracle – or tragedy – of finding someone out there with whom you have an unforeseen, irresistible connection.

If you have enjoyed The Lighthouse Keeper’s Daughter, please let others know by leaving an online review on Amazon, Foyles, Waterstones or Goodreads (or all of them!).

You can buy The Lighthouse Keeper’s Daughter through bookshops or online e.g. here: https://www.amazon.co.uk/Lighthouse-Keepers-Daughter-Cherry-Radford/dp/1911583646/ref=sr_1_1?ie=UTF8&qid=1523970030&sr=8-1&keywords=cherry+radford